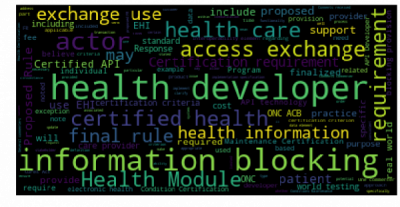 Stephen Konya, the Senior Innovation Strategist at ONC, highlighted the main points of the ONC final rules. He stated that the rules prohibit information blocking and allow pure data access without charging extra fees. He explained that the rules aim to empower patients through embracing API to help them access data easily. And he assured these rules regulate the behavior of data sharing and not just the functionality.

Dr. Grace Cordovano, Founder of Enlightening Results, addressed the question if patients understood the new open data rules. She said that people are more engaged. However, she stressed the idea of educating patients and that the wealth of resources on the ONC website can be a good start. Dr. Cordovano assured the final rules allow patients to fight insurance denial by prohibiting information blocking.

Ashish pointed out the importance of data fluidity created by the new ecosystem, where patients can move around through compatible networks with less loss of information.

Angelo Campano added that the new ecosystem would streamline a lot of services with its open API and app stores. He mentioned that in the past, a lot of services – including providing financials to patients took months due to access issues, but now, things look much different.

Konya clarified that ONC is leading the Fast Healthcare Interoperability Resources FHIR, and is working with every major payer, including CMS, to come up with conventional scalability approaches. He explained how current rules set infrastructure in place. Data is available electronically with the right permissions and consent, and people can access it. Konya also mentioned they’re adding digital elements for other digital information which are specific to providers.

How Can These Rules Cause Impact?

These areas are in conjunction with working on privacy and security. Ashish noted that competition should be based on trust and the generation of user experience with better augmentation of reality. The focus should be on trust and transparency.

Final Words from the Group

“Patients experiencing control and liquidity couldn’t have arrived at a better time,” Ashish stated. With COVID-19, and whatever else lies ahead, they create a reminder of why the open data rules were pushed through.

Campano closed on a positive note, stating that monetization isn’t necessarily a bad thing if it’s helping patients. And he’s hopeful of what app developers come up with in the future.

Lipset was straightforward. “Keep focused on being transparent.” He urges organizations to celebrate their use cases if they’re proud. Likewise, if you’re not proud of what you’re doing with people’s data, stop doing it.

“Cautiously optimistic” is the term Konya used. He emphasized the resources available to patients — webinars, fact sheets, and more can be found on the ONC website.

Dr. Cordovano kept it short and sweet. She said that patients have been collecting their data, “It’s not pretty, but we have them.” She praised how much easier it will be with the passing of the new rules. She closes with, “The premise of medicine is rooted in ‘do no harm’.” She wants people to leave their job knowing that they’re doing exactly that. 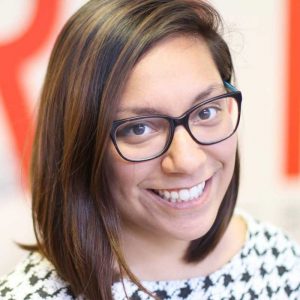 Victoria serves as a Marketing Specialist and is a budding Data Journalist at CareSet. Victoria holds a B.A. in Communication from Texas A&M University. She has run two marathons with MDA Team Momentum and is a co-leader of Free Fit Hou.