There are more and more examples of how standard hacking techniques apply in healthcare, with serious consequences. Recent issues include RFID hacking and interference issues.

Recently, a talk at BlackHat regarding hacking medical devices, including pacemakers, has begun appearing in popular blogs.

What is most dangerous about this is not actually the hack itself, but the fact that the hacks could become widespread. Think about it; there is no real benefit to a hacker to simply kill a person. It is a serious crime andunless there is something to gain by doing it, it is unlikely to generate new interest with blackhat hackers.

Now that the information regarding the vulnerability is in normal media channels, a Cracker (another name for a blackhat hacker) can blackmail a person with a pacemaker. “give me ten thousand dollars or I will remotely shut down your heart.” Before a victim would say “that’s impossible” and not worry about it. Now they go to Google and discover that it is possible. Both Victim and Cracker are aware that the only way for the Cracker to prove to the Victim that he has the ability to stop the Victims heart is for the Cracker to actually kill the Victim. Now the Victim is wondering “Can I afford to take this chance?”

If this even happens once in the real world, you will see a slew of social engineering attacks with this threat as the basis. A Cracker will simply threaten a hundred people with this attack and see how many will pay up. The Cracker would not even need to know how to make the hack work. All he would need is a list of people with pacemakers.

Now we get to the real implications. Where is the information about who has a pacemaker installed and who does not? Perhaps someday they will invent “pacemaker wardriving” but for the time being, the easiest way to get a list of people with pacemakers is to hack into someone’s Electronic Health Record system.

Currently, the Healthcare Industry under-invests in Information Technology. However, with these new vulnerabilities, the value of personal health information is steadily rising. Usually, a typical cracker strategy was to use identifying information inside PHI to steal someone’s identity, or to use healthcare information (like sexually transmitted diseases) to blackmail someone. These new vulnerabilities increase potential profit of hacking into an EHR, and hospitals, even large ones, do not typically have the kind of defence systems that banks usually invest in.

Have you ever considered why “the club” works? These devices are relatively easy for a determined thief to overcome. They work because when you park your BMW in a parking lot, and put the club on it, there is typically another BMW in the parking lot, without the club. The thief will take the car that is easier to take. The club works because of the “low-hanging fruit” principle of security. A person who has decided to take an unethical risk by stealing or cracking is basically saying; “I can tolerate this risk, because it is easier to do this then have a similar economic gain, by legitimate means”. Perhaps some are thrill-seekers, but typically people who break the rules for profit are lazy. The “low hanging fruit” principle might be phrased “A thief or cracker will always try the easiest way to profit unethically first”

As the number of ways to profit from PHI goes up, hospitals and practices will become the low-hanging fruit. This is a problem because your small country doctor is already being squeezed by third-party payers. He does not feel that he has the money to invest in proper electronic security measures, and he does not actually have the skills to tell what would be legitimate security measures in any case. Information technology mom-and-popism is rampant in healthcare. The “computer guy” for many doctors is the nephew of of the office manager; he might be the smartest kid in 9th grade, but he has no idea how to properly secure PHI. Healthcare institutions have always been easy to hack, but now they are becoming profitable to hack. They are becoming “low hanging fruit”.

Concern for these kinds of issues will do little but grow. 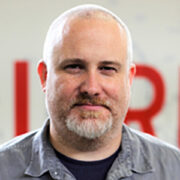