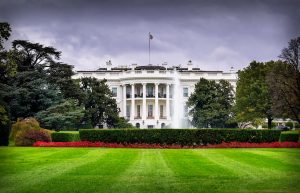 “White House” by Diego Cambiaso is licensed under CC BY-SA 2.0

Recently, President Trump signed the Executive Order on Improving Price and Quality Transparency in American Healthcare to Put Patients First. CMS is currently requesting comments on its plan for implementing this order in this proposed rule.

Many have criticized the healthcare policies of the Trump administration, but I think it is important to acknowledge that the Trump team has been laser-focused on leveraging open data and interoperability, and has shown little patience with industry platitudes about how “difficult” those things are. They have pushed considerably harder on these issues than the Obama administration and these approaches are paying dividends. Of course, we at CareSet base our business model (and make a difference) by leveraging government transparency with healthcare data, which makes us somewhat biased.

I think most healthcare policy wonks that I know would agree that the contents of the executive order are excellent and damned good policy changes. I know there are wonks affiliated with the hospital industry who would privately agree that this is good policy but are forced to take a position complaining about this publicly because they have hospitals as their constituents. Simply put, everybody who is not a hospital thinks this is a great idea. And even Trump’s critics should get on board to acknowledge that this is generally good policy. Certainly, there are aspects that have a conservative bent, but we have needed transparency on these matters for years, and there is just no way to get this done other than all-at-once.

So let’s start discussing the land-mines. In many cases, politicians will try and insert poison pills into the implementation efforts of the “other team”. This happened when Republicans blocked Medicaid expansion in Texas and other states to ensure that they could later sell that Obamacare was a failure. This kind of blocking is unethical and I am against it no matter which party does it. If you think that only Republicans deploy this tactic then you are likely too naive to participate in frank policy discussions.

In order to emphasize that these policies are “conservative-bent but also decent policy”, permit me to approach them out of order. Let us begin with health savings accounts. This is listed under Section 6 of the executive order, and is being implemented by the Treasury Dept here.

This is the perfect example of a program that was scuttled because of political compromises that made the implementation unworkable. Health Savings Accounts were the center point of W. Bush administration healthcare reform efforts. But to get the laws passed, a compromise was made that mostly killed the usefulness of the idea.

The compromise was that HSAs could only be offered through an employer. So if your employer did not offer an HSA, then you could not get or use one. The alternate approach, which must be taken now if HSAs are going to be of any help whatsoever, is to let HSAs be initiated by any individual at any bank offering this service.

When I was working at UT, in what is now known as the School of Biomedical Informatics, I decided to try and learn about HSAs by getting one. But UT did not have that in their benefits offering. The University of Texas is one of the largest employers exclusive to Texas, and this meant that no employee could participate in the mechanism that was supposed to be the central plan for healthcare reform under the administration at that time.

The other reason that this slowed adoption is that many employees were reluctant to trust an “employee benefit” with dollars that they would need to carry with them as they changed employers. Of course, once you had a health savings account it was possible to maintain it at a new employer, but details like this are unclear and hold up adoption.

Since that time it has become much easier to get an HSA. But it is still not easy enough. The Trump administration should ask members of the public “Why don’t you have an HSA?” to figure out why this is the case. The Treasury Dept should survey the websites of those offering HSAs to determine what messages the industry is communicating to the public.

Currently, individuals must have a high-deductible insurance plan to get an HSA. It might seem advisable to ensure that people who are on Medicaid, Medicare, or VA benefits, or who have no insurance at all, should not be able to sign up for an HSA. But this policy is fool-hardy. Not because it is unreasonable policy, but because of issues like this form a mental block toward adoption.

When signing up for an HSA feels like doing your taxes, and you are worried if you get your eligibility wrong that you might be breaking the law, it means that millions of people who do qualify and could safely sign up are going to be frightened away. The policy should not be “some people cannot get HSAs,” but rather, “everyone can get an HSA, but some people will have more substantial benefits from them”.

Public shopping for healthcare services only has an impact when it reaches a certain scale, and it is likely that there is a threshold effect involved. This means there will be no impact on the healthcare system until a very large number of people start to shop with HSAs. Which means if you have veterans who want to use HSAs along with their VA coverage, you should let them. Doing this will allow you to reach the tipping point where hospitals will start to take the shoppers as seriously as they currently take insurance companies. That is the policy victory that is really needed in the long term.

More importantly, the regulations that cover HSA should be play-tested with real market participants. The Treasury Dept should ask for information on what HSA banking business models will be enabled by changes to HSA legislation. You need to understand what cool things are impossible to build because of the current HSA rules. Some of these rules are immutable parts of legislation, but others are just policies that can be reversed or tweaked.

For example, Wells Fargo sold its HSA business to Optum.  The Treasury Dept should know exactly why that happened. In order to succeed with HSAs, they need to become a supported consumer banking experience. The fact that Wells Fargo bowed out of the HSA marketplace and a healthcare technology company purchased those assets is telling, and not a good sign for HSA adoption. To be clear, I have no idea why that happened, but the Treasury Dept should know because those are the type of signals that should be guiding these policies.

Next, I’ll be discussing transparent and machine-readable hospital prices, check back for updates.