Perspective: From a Data Parasite

I guess I qualify as a research parasite, according to the recent editorialpublished in the New England Journal of Medicine (NEJM). The controversy that followed led to a subsequent “non-apology,” a term I use because NEJM did not offer a shift in their stance as much as they tried to slink out of the spotlight. They stand by their assertion that some uses of research-generated open data are parasitic, and that those uses are wrong.

Personally, I agree with Dr. Shaywitz who wrote about the article for The Health Care Blog (THCB), that the release of the article was a good thing: At least now we are talking about what the NEJM and the elite healthcare research establishment really thinks. 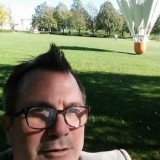 As an eight-year-old, Brian made and sold candles door to door. As an adult with a chronic entrepreneur addiction he helped a boutique music label grow to a national brand in the 80s, launched a successful Internet startup in the dot-com era, and today connects best-of-breed health and medtech startups with leading large healthcare organizations to accelerate innovation. He annually runs the coaching for companies competing in Austin's SXSW Accelerator - and when not working, he spoils his grandkids.