Hacking our way to health equity

Six months ago I was facing a quarter-life crisis. I was working for a company who was serving high net worth individuals. Every weeknight felt like Sunday night, “Ugh. I have to go to work in the morning.” Every morning I’d get to work and of course, I enjoyed working with my coworkers. But time and again I would ask myself what I was doing. I had the same conversation with my boss on multiple occasions, “I’m a cog in the machine and I want more. I want to help people! I want to contribute to the world. I want to make a difference!” He understood when I put in my two weeks’ notice.

I started with CareSet and I was excited about the potential of helping people. Open data for all. Working in healthcare. I found my place. Before I could even finish my onboarding I was already put to work with the upcoming Health Equity Hackathon. I had never been to one previously, but I knew the gist. And Fred was adamant that ours would not be like other hackathons. Our hackathon would be fair. Ours would be all about getting things done, no matter how big or small, in order to help people. As the weeks went on my anticipation grew. The hype was building. Our registration list was slowly brewing, as was my anxiousness. 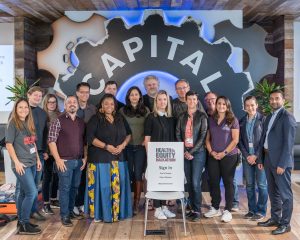 The hackathon finally arrived! Mentors were shuffled into a room to go over logistics. Healthcare and data hotshots Mona Siddiqui, Norma Padron, and Stacey Chang, to name a few, all in one place together to see how we can help end health inequality. It was cool, to say the least.

Fred Trotter and Toni Lewis were a great emcee duo. They complemented each other perfectly. Toni with the passion and drive, and Fred with the hackathon experience and the data. That first night creating the different project options was exhilarating and inspiring. Each idea begat another. People were leading each other to more questions, more thoughts, more problems to address, and potential solutions. It was a sight to be seen! The energy was high and the synapses were firing! For a group of people who mainly started out as strangers, the cohesion was astounding. By the end of the night, several groups had already formed, including one filled with Harris County Public Health employees. 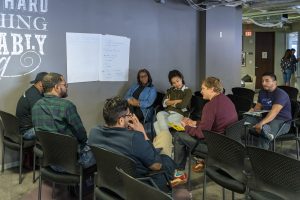 The next morning we were up early. Those who had teams were able to leave the room to start hacking. Those who weren’t sure which direction they wanted to go in were able to see all of the options and decide. The mentors walked around the room, providing insight when asked, and offering suggestions when they could sense frustration or lack of discernment. Each team spent the weekend hacking, talking, and collaborating. And what was really neat? The people. Fred mentioned that several times he noticed coders helping other teams, not just their own. Working together to make a difference. That’s the only way we’re going to get things done.

“It’s a great way to generate ideas and concepts that wouldn’t be created. We’re connecting clinicians, data scientists, and public health people to talk about a solution.” –Patt Dunn, of the American Heart Association, and his thoughts on why it was important for this type of hackathon.

And great ideas there were! We focused on nine different projects over the weekend, ranging from provider deserts to kratom analysis as a potential alternative to opioids. At the end of the hackathon when people began presenting their projects, it wasn’t money they were asking for, though I believe one group mentioned it. They were asking for more data. They all knew that the answer was there and they just needed the right data sets to find it. How neat is that? It came up again in our survey: need more data. Once it’s in the hands of these people there’s no telling what could happen.

Even better, unlike most hackathons, the buck didn’t stop on that Sunday evening. We have kept the Slackline open and people are still using it, posting relevant articles and continuing conversations. That’s exactly what we wanted. We wanted these conversations to be carried on; we want these projects to be seen to fruition. Health equality for all! Elizabeth Perez, Director of Communications Education and Engagement at Harris County Public Health noted, “You cannot lose hope and you cannot be frustrated. Change is gradual. It won’t happen overnight; you have to be in it for the long haul.” That’s the plan, to be in it for the long haul. 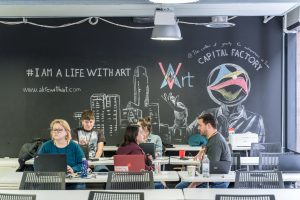 As I mentioned before, we had some truly great people at the hackathon. Not just the mentors, but the participants too. Not only did we have data scientists and analysts, and c-suite folks, we had some eager students, clinicians, nurses, and even an occupational therapist. It was a cornucopia of backgrounds and perspectives! It was great to have so many different types of people there working together.

Now for everyone, some sage advice going forward: “Be curious. Share what you’ve learned. Think about the story you want to tell. How you measure success is that story.” –Jay Bhatt, SVP of the American Hospital Association. At the beginning of the hackathon, Fred made a subtle statement with a lot of power, “If somebody does something at this hackathon that helps someone in five years, that is an accomplishment.” As Elizabeth said, change is not going to happen overnight. It will happen over time. And this hackathon was the start of that change. Six months ago I was trying to save myself from burnout. Today I’m helping people save the world.