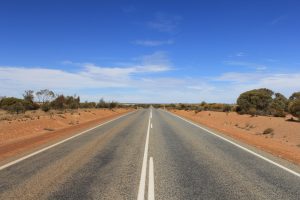 My last blog in the series was Predicting Out-of-Pocket Patient Expenses. President Trump signed the Executive Order on Improving Price and Quality Transparency in American Healthcare to Put Patients First. CMS is currently requesting comments on its plan for implementing this order in this proposed rule. (Comment period ends 9/27/19)

Section 4 of the executive order seeks to create use-data to start comparing quality metrics across multiple Federal-level healthcare efforts, including government insurance programs, government treatment programs for the military and veterans, as well as highly regulated private markets like the Health Insurance Marketplace.

I have to admit I have a bit of a pet peeve about the proliferation of federal roadmaps. Almost all of the time, they are started as efforts that ask “where are we now and where should we go?” and that is exactly what an organization that is asking for the first time should be pondering. But the Federal government regularly releases roadmaps that never seem to acknowledge how the last roadmap was executed. So many times Federal roadmaps will say “here is what we are going to get done this year, and here is what we are going to do five years from now” and then, five years later, they say almost exactly the same thing, because the things that were supposed to take place never happened, and the goal that was “five years away” is still five years away.

Those who are creating any new roadmap for using data to improve the quality of healthcare should take a step back and ask what previous efforts achieved – what went according to plan, what did not. I continue to applaud the “our way or the highway” attitude from HHS/CMS on interoperability, especially because that is the only correct reaction to the years of “well we should lay the groundwork before we do that” type of planning. Interoperability has not happened because CMS did not insist on it. It will happen now to the degree that CMS insists it will happen now.

In the single area of interoperability, HHS/CMS has gotten wise to the “Phase I” road maps where we write a new road map every five years as a way to never get anything done. While I am most familiar with interoperability, I have heard that HHS/CMS has taken this no-nonsense approach across the board and this is wonderful. I only hope it takes the same approach with this roadmap item.

I would recommend, specifically, that all of the involved agencies spend 1 month reviewing and writing a report on what has worked from previous independent plans across the agencies. Then these should be compared. This type of work would be ideal to incorporate into the “Learning Agendas” and “Agency Evaluation Plans”, which are required by HHS’ first guidance on implementing the Open Data Act.

This is critical, because half of these programs include EHR data, and half of them are claims-based quality control systems. The largest single question about any unified plan is: “How is any quality improvement plan that is limited to claims data going to be compatible with quality programs operating at the EHR level”. I have extensive experience improving the quality at VA hospitals (compared to normal people in the population. Of course, compared to the people who have done that for 20 years, I am a newbie) and I can tell you that the difference between claims data analysis and EHR data analysis is as different from NASA going back to the moon and going to Mars.

The first output from that roadmap should be the list of changes that will be made to medical claims billing, which CMS controls under its ability to modify billing codesets and processes under lesser-known parts of HIPAA.

There are two painfully obvious changes to the way medical billing works that would revolutionize the ability to correctly implement quality plans:

It would be relatively simple to implement these using new interoperability standards in parallel with current X12 billing streams. The data is already there, and this is one of the few things that is going to be fully portable.

Patients should be able to opt-out of sharing this data with payers if they so choose, and CMS should implement a 1% increase in out-of-pocket expenses for those beneficiaries who choose to opt-out of this information sharing. Privacy is important and people need an inexpensive option to buy it if they really want it. For some people, it really is critical that their lab information not get out, and for those people, they should be able to maintain the level of data sharing that currently exists.

But most people would be surprised to know that their insurance companies and other payers do not get this vital information at the population level, and indeed, as a person who does population-level claims analysis all day, these are the very do-able things that would make it easier.

I want to be clear, getting more and better data from claims is 10 times more valuable than all of the AI and machine learning approaches that have been considered. We have seen AI learn to dominate games like Go and Chess. But any chess player could beat the best AI in the world if they had the advantage of the AI not being able to see their pieces. Crippled information systems cannot produce reliable results, and if you want to make a difference in Diabetes treatments, then you need to see the history of a population’s HA1c scores.

Changing the way claims work to get more and better data while having a bad roadmap, is better than the best roadmap, without getting the right data into the claims feed. I suspect there are half a dozen major changes that need to be made to the underlying approach to data and information across federal settings for real quality improvement. These are all going to be major problems that are unpalatable to solve and require major technology/policy rethinking. But if you are not going to look at the problems in the eye, why bother?

I highly recommend Good Strategy/Bad Strategy, which is an excellent book with a very poor name. The book should have been called Good Strategy / Bad Strategy /Non-Strategy. Most of the Roadmaps that I have seen come through at the Federal level refuse to acknowledge the real problems that hold quality issues back and then refuse to make hard choices about resource deployment.

In short, the problem with previous Roadmaps is that they were not strategic exercises at all.